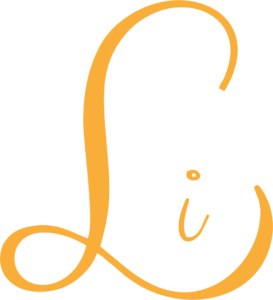 1ST EDITION
The first edition of Lifft India Filmotsav-World Cine Fest that opened on 1st sept 2017 at Fariyas Resort, Lonavla was dedicated in memory of Late Mr. Om Puri. Lifft India Filmotsav 2017 allowed entry to children to view films for only the children’s film category. All other film categories were screened for only adults {18+ age group}. This made Lifft India the only film festival that encourages children to participate in an international film festival along with professional film makers in a competition category. The attempt here is to create a platform for young and new budding film makers and actors. The cine fest concluded with Lifft India Awards 2017 on the 5th sept 2017. About 87 films from over 20 countries were screened at the first edition of Lifft India Filmotsav which was attended by Govind Nihalani, Manoj Bajpayee, Rajit Kapoor, Vipin Sharma, Pia Benegal, Mangesh Joshi, Chitranjan Giri, Meeta Vashishth, Leslie Lewis, Vidya Shah, Kunicka Sadanand, Shekhar Sen, Tripurari Sharma, Danish Hussain, Vani Tripathy Tikoo, Leena Yadav, Omkar Kapoor and Avinash das to name a few.

4TH EDITION
Due to COVID-19 PANDEMIC, the Fourth Edition of the festival was held as an ‘ONLINE’ Festival without live event and without live/virtual public screenings in the year 2020 making it a very special event held during the pandemic period. The film submission/entry for the 4th Edition of Lifft India Filmotsav-World Cine Fest opened on 1st July 2020 and the Lifft India Awards 2020 for over 100 categories were declared ‘ONLINE’ on 25th & 26th Dec 2020.
The Fourth Edition also saw declaration of introduction of full fledged Music Awards and Web Awards along with introduction of awards for multiple categories for Student Film awards by Lifft India for the first time.
Lifft India Filmotsav-World Cine Fest 2020 conducted over 60 online Q&A sessions with filmmakers and artistes from around the world on its youtube channel. This makes Lifft India the only fest from India to have achieved such a feat during Pandemic period. Very important online conversation sessions with film distributors from Vista India and Zee Entertainment Enterprises Pvt Ltd. was also held to help independent filmmakers understand the distribution system for marketing their films.
There were over 425 official Selections of films which were further shortlisted to over 150 films to be nominated for LIFFT INDIA AWARDS 2020. Finally there were 105 Awards declared in various categories. Lifft India Lifetime Achievement Award 2020 was conferred to Mr. Raman Kumar for his overall contribution to film and television industry of India. The declaration of awards was held exclusively on Lifft India YouTube Channel. The complete list of Winners for 2020 is available on Lifft India Website, Lifft India Filmotsav Facebook Page and the Lifft India YouTube Channel. For the FOURTH EDITION held in Dec 2020, there is only a specially designed Digital certificate to be shared with all the winners by email.
As part of the book reading session under Literature category, Ms Noor Baig read the excerpts from her latest book of short stories titled A QUAINT ESSENCE.
Lifft India website also hosted the first Digital exhibition of paintings by the artistes from around the world. The paintings are up for sale and ardent art lovers can contact Lifft India for purchase of such paintings.

5TH EDITION
The film submission/entry for the 5th Edition of Lifft India Filmotsav-World Cine Fest opened on 1st July 2021 and the Lifft India Awards 2021 for over 90 categories were declared ‘ONLINE’ on 25th Dec 2021.
The Fifth Edition was also held totally online, during the continued Covid-19 Pandemic, with films being submitted from over 55 countries.
There were over 475 official Selections of films which were further shortlisted to over 105 films to be nominated for LIFFT INDIA AWARDS 2021. Finally there were 100 Awards declared online in various categories on 25th Dec 2021.

6TH EDITION
The film submission/entry for the 6th Edition of Lifft India Filmotsav-World Cine Fest opened on 1st October 2022 and the Lifft India Awards 2022 will be declared online for over 100 categories on 25th Dec 2022.

Lifft india is proud to have earned its presence in over 50 countries in a short span of 5 years to make it an important and prestigious Film Festival and Awards across the globe.