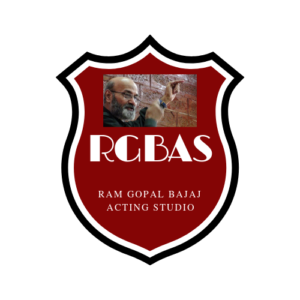 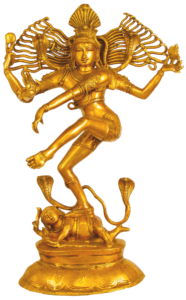 The full meaning of this sloka is:
We bow to Him the benevolent One Whose limbs are the universe, Whose song and poetry are the essence of all languages, Whose ornaments are the moon and the stars.
Word meaning: Angikam – body * Bhuvanam – universe * Yasya – whose * Vaachikam – speach,song *
* Sarva – everyone * Vaangmayam – language * Aharyam – ornaments * Chandra – moon * Taaradi – starts *
* Tvam – to yOU * Numah – to bow * Saatvikam – pure * Shivam – god Shiva, Natraaj.

In todays modern times it is essential to garner creative education away from the busy life of metropolitan city that is full of daily distractions that lead to wastage of educational time. This is precisely why ‘Literature, Illusion, Film, Frame, Television and Theatre India’-LIFFT INDIA® chose to establish it’s ‘LIFFT INDIA ACADEMY’ & Ram Gopal Bajaj Acting Studio-RGBAS ‘far from the madding crowd’.

LIFFT INDIA ACADEMY’S Ram Gopal Bajaj Acting Studio-RGBAS, a Gurukul, is nestled in picturesque town of Malavli near Lonavla situated between Mumbai and Pune city. Malavli is famous for having provided home and beautiful landscapes for the evergreen paintings of the legendary painter Raja Ravi Varma. Malavli is also surrounded by famous ancient 1st century BC Budhhist caves of Karla and Bhaje which are major tourist attractions specially during the monsoon when water falls and greenery hypnotises the eyes, mind and soul. The calm and serene ambience of Malavli and surrounding areas of karla and Bhaje mesmerises and invokes the inherent artiste to explode with all the creativity possible.

The academy begins with a special 12 Month full time diploma course in acting under the mentorship of Padmashree awardee Prof. Ram Gopal Bajaj and Founder of Lifft India Mr.Riju Bajaj.

The acting course is held under the title of Ram Gopal Bajaj Acting Studio-‘RGBAS’ as part of professional acting course for film and theatre under Lifft India Academy owned and operated by Riju Bajaj Media & Entertainment.

Students at RGBAS will learn craft of acting via special and unique style and approach of Meta Physics, Cosmic Connection of Man with universe and traditional Indian theatre art through Bharatmuni’s Natyashastra specially designed and re-oriented by Prof. Ram Gopal Bajaj.

Prof. Bajaj is former director of National School of Drama-NSD, Delhi and he has also been on visiting faculty of FTII, Pune.

A 1 month and a 6 month part time certificate course is also available. 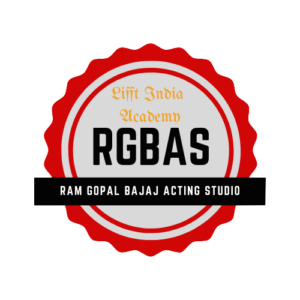 MODE OF PAYMENT FOR ADMISSION FEES:-
The admission/course fees for Lifft india Academy is payable by online transfer/RTGS, bank draft or cheque only in favour of RIJU BAJAJ MEDIA AND ENTERTAINMENT, payable at HDFC BANK, Branch-Lonavla, CURRENT A/C NO: 50200025298760. IFSC HDFC0000474.

The payment of admission fees will have to be made ten days before the course commences. We do not accept cash.The admission/course fee does not include charges for hostel/accommodation/F&B/canteen.

BATCH STRENGTH
Not more than 25 students will be admitted in one batch.

CANCELLATION
As the selection is limited to a few carefully selected applicants, no requests for refund of fees will be accepted, except under medical emergencies.

FREESHIP/SCHOLARSHIP
One ‘Ram Gopal Bajaj Freeship/scholarship’ (tution fee waiver) will be awarded on a need-cum-merit basis for the full-time professional acting course of 12 months only, provided the faculty is convinced of their exceptional talent and financial condition.
Only nominal registration fee of Rupees twenty Five Thousand shall be payable by the student upon confirmation of the freeship/scholarship.
Boarding, Lodging, TA/DA etc. is not applicable/covered by the freeship/scholarship.
The student will be required to bear charges for residential/hostel/accommodation/F&B etc. during the course period.

Note: Use of narcotics, drugs, cigarettes, alcohol etc is strictly prohibited in the campus and during the course period.