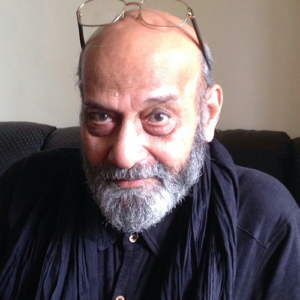 Ram Gopal Bajaj graduated from National School of Drama in 1965. Mr. Bajaj is a noted Indian theatre director, academician, theatre & film actor. He has also been a faculty member and a former Director of National School of Drama, New Delhi. He was awarded the Sangeet Natak Akademi Award in 1996 and Padma Shri in 2003 for his contribution to theatre. Mr. Bajaj has gifted many talented actors and writers to the Indian film industry under his reverent guidance. Apart from being an actor par excellence in theatre & films, he has written dialogues for feature films such as Jai Ganga. His most recent Feature Film in a leading role, ‘Mango Dreams’ has recieved various international film awards. Mr. Bajaj has also been jury member for National Film Awards a couple of times. 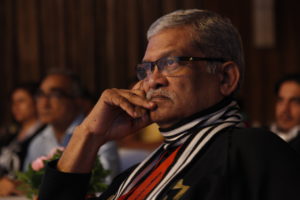 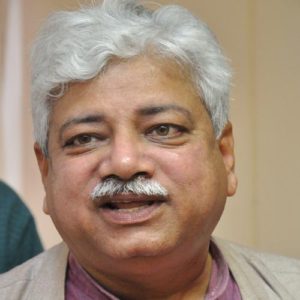 Mr.Atul Tiwari was born and brought up in Lucknow. Atul is a graduate of National school of Drama Delhi-1983 batch. Mr.Atul also completed advanced course from The German National Theatre–Weimar and Berliner Ensemble in 1987. Atul is recipient of various awards for writing
and directing for stage plays. Atul’s vast experience of writing dialogues and screenplays for epic tv & film projects like Discovery of India, Netaji Subhash Chandra Bose-The Forgotten Hero Bose, Samvidhan, Drohkaal and Mission kashmir establishes his range of writing skills, intense researcher’s mind and ability to write for stage and films both with equal panache. Atul regularly presents papers and teaches theatre, film, screenwriting and history at universities and colleges all over the country and abroad, including Trinity College Dublin (Ireland), Tokyo University of Foreign Studies (Japan) and several American Universities. Atul has been on jury of various film awards including RAPA and Screen Awards. 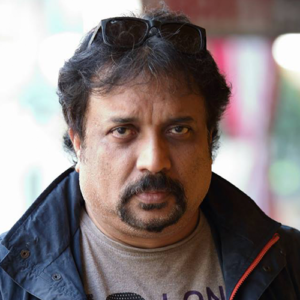 Mr.Suhail Tatari is a an eminent director from the world of Tv and films. His new web series Spotlight is getting rave reviews. His latest Children’s Feature Film ‘Tennis Buddies’ is being admired by the young audience. His feature films, Summer 2007 and Ankur Arora Murder Case were based on very relevant social topics of farmer suicides and malpractice by doctors. Suhail takes the credit of providing cinematic experience with his two iconic tv shows – Kashmir and Kadam. Suhail is considered to be a Director who is actor’s delight for his quest for perfection and ability to draw best performances from the actors.

He has been part of the Lifft India Filmotsav-World Cine Fest jury panel for the year 2017. 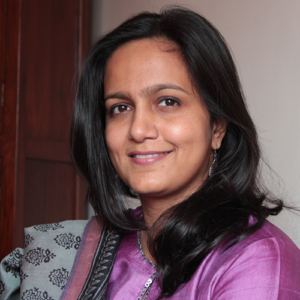 Ms. Shefali Bhushan is a multi Talented artiste. A topper from the 94 batch of Mass Communication Research Centre, Jamia, Delhi, and has been involved with various aspects of mass communication. Shefali has directed and produced many news & current affairs programs for television. Her short filmAzaadi was highly acclaimed. In the year 2000, she co-founded and continues to run as the Team Leader, a unique project; a website and a record label, “Beat of India.com“, for which she travels to remote parts of India in search of the rarest and unique, folk music and musicians. As another articulation of these journeys, Shefali directed a documentary, “Colours of Earth” which won an award at the Vitas Film Festival, UCLA. Shefali’s most recent feature film “Jugni” was released in the first quarter of 2016, which she had written & directed and also co-produced. 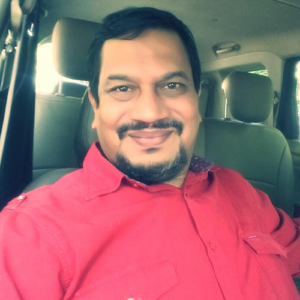 Mr.Parag Chhapekar is the Editor of dainikjagran.com. He is also a member of Censor Board of Film Certification. He has been the senior editor entertainment for Live India News  and Mee Marathi . In his vast experience of Nineteen years of film journalism, Parag has worked with Zee News, Star News, India Tv and Tv 18 as editor and senior editor for Entertainment. Parag has directed few short films for Zee and many Documentary Films for United Nations and IGNOU. He has also been a jury member for National Film Award 2016 and jury member from Maharashtra government for Festival De Cannes. 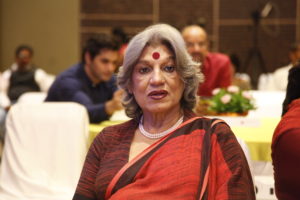 Ms. Dolly Thakore began her career as Casting Director and Unit Publicist
with Richard Attenborough’s GANDHI. Dolly has worked on a number of Indian and international co-productions like Far Pavilions, Kim, Indiana Jones And The Temple Of Doom, Jinnah, Mysteries Of The Black Jungle, Sixth Happiness, Such A Long Journey, Miss Beatty’s Children, Deham, Dance Like A Man and continues to be Casting Director for films under production.
Trained in Radio and Television with BBC London, Dolly became one of the leading News casters and Television hosts interviewing prominent citizens from India and abroad including Indian film personalities like Amitabh Bachchan, Shabana Azmi, Mahesh Bhatt, Jitendra, Hema Malini and authors like Stephen Berkoff, Khushwant Singh, and Farrukh Dhondy.
A columnist and film and theatre reviewer, Dolly has written for leading newspapers and magazines in India like The Sunday Times, Bombay Times, Indian Express, India Today, Business India, and Business World. She edited the Mumbai International Film Festival brochure MIFF 2000. Dolly is also an Associate Publisher for Dakini Books, London which brought out Bollywood Popular Indian Cinema – 2001, and Ground Rules. Dolly has moderated the inauguration of the First International Film Festival In Goa; and a number of Screen, Film Fare, Film World. Film City Awards etc.
Some of the other major events she has moderated and compered include international Seminars and Trade Fairs, Festivals of France and USSR in India, National Gallery of Modern Art, Mumbai, Confederation of Indian Industries, Indian Merchants chambers, the Richard Gere Foundation, and many charity Art auctions.
Dolly has acted in a number of feature films and theatre productions including “Page 3”, “Death of a Salesman”, “Streetcar named Desire”, “Vagina Monologues”.
Dolly has received various awards, which include Media India Trophy For Excellence In Electronic Media, Bharat Nirman Trophy For Media, Junior Merchants Chamber Award For Out-Standing Woman Of The City, Ank
Award For Contribution To Theatre, Wizweb Award 2000.
Dolly has been on jury panel for Celebrate Age for MAMI film festival 2010. She has also been on the National Film Jury, Indian Panorama Jury and for the Indian Television Awards– 2002. She has also been a member of the Advisory Panel of the Censor Board for Film Certification for many years.

Vivek Sharma started his career as an Assistant director with Mr Mahesh Bhatt. He became chief Assistant Director with Bilingual film “Criminal” and then Associate Director for films like Duplicate, Angaarey, Girvi And Phir Bhi Dil Hai Hindustani. He also designed Post Production for Kuch Kuch Hota Hai and helped Shah Rukh Khan to develop his company Dreamz Unlimited. Now known as Red chillies. Vivek Sharma has worked in more than 25 films before becoming independent Director. Bhoothnath was his first directorial venture where he had not only wrote the script but also directed Mr. Amitabh Bachchan, Shah Rukh Khan and Juhi Chawla. Now he has his own production house and a Music company called “Filmzone Creations LLP”.

He has been part of the Lifft India Filmotsav-World Cine Fest jury panel for the year 2019. 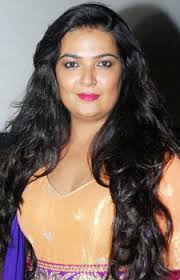 Nayani Dixit: Jury for Student Films, Short Films
Nayani graduated from Film & Television Institute of India-FTII, Pune in 2007. She is a professional actress in films and television medium. She is most remembered for her work in Queen, special 26, Delhi Belly and Siyaasat. She has been Faculty member with various institutes such as Whistling Woods International-Mumbai, Stella Adler Acting Studio-Mumbai, Actor Prepares-Mumbai and FTII. 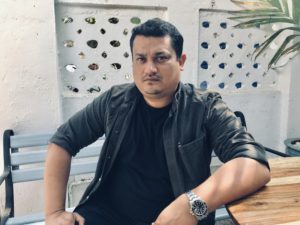 Abhimanyu started his career in 2001, as an Assistant Director and also did casting for Rang De Basanti.

Needless to mention there are numerous qualities and skill sets that are required to make a ‘good’ director. After casting for several movies and serials, some which will always be an integral part of his work, He decided to plunge into the world of advertising.

It’s been almost a decade that I have spent in advertising now. It’s been a fulfilling ride, having possibly cast over 1500 commercials besides several movies.

Abhimanyu has made a few short films and is an astounding painter. He also has a gift of composing music. A story is a story. It’s how we tell it is what he feels.

He has been part of the Lifft India Filmotsav-World Cine Fest jury panel for the years 2019 and 2020. 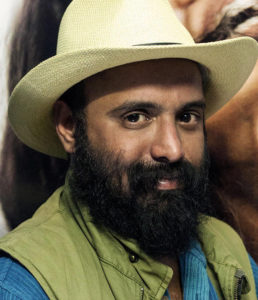 Rajesh Touchriver, an internationally acclaimed filmmaker, has by now directed films that have won number of international awards, 3 national awards 4 state awards and several critical accolades. His film, ‘Naa BangaaruTalli (2013) that he scripted and directed, fetched what has been eluding the Telugu film industry for more than 25 years – 3 National Awards from the Government of India and 4 Nandi awards (Andhra Pradesh state film awards). Besides, it won 13 International Awards and 15 Official selections in International Film Festivals. He has also served on the jury of 62nd National Film Awards, Govt. of India, 2014, ALIIF 2016, IIFF 2016, 65th National Film Awards, Govt. of India,2017 , Film Fare Awards – 2017.

Rajesh pursued his Masters in Visual Language/ Scenography and Direction from the Wimbledon College of Art, London, UK. Life in London as a student marked the beginning of his career as a filmmaker. His controversial debut film, a British Film, ‘In the Name of Buddha’ (2002) was based on the ethnic crisis then raging in Sri Lanka. It premiered at the Oslo International Film Festival and was noted for the sensitive treatment of a controversial theme through a heart-wrenching story. Besides being nominated for the Best Debut Director category at the Cannes Film Festival, in 2003, the film has been well received in many international film festivals and has won 8 international awards. The film was, however, banned in India, Sri Lanka and China.

His first brush with the film industry was in 1996 as a Production Designer for Telugu, Hindi and Hollywood films. By then, Rajesh had directed more than 30 plays in Malayalam, English, Telugu and Hindi. Following the success of ‘In the Name of Buddha’, Rajesh strode all genres of filmmaking with ease and has won critical acclaims, recognitions and awards. He directed the music video for ‘Sunshowers’ for the Oscar nominee M.I.A. ‘Ente Malayalam’, a music video to celebrate the 50th year of Kerala formation, captured noted Malayali achievers of Kerala in evocative frames. In addition to 7 feature films, Rajesh has by now directed about 35 short films and documentaries on issues ranging from human trafficking, HIV/AIDS and communal riots, supporting the media advocacy initiatives of the United Nations and NGOs.

He has been part of the Lifft India Filmotsav-World Cine Fest jury panel for the year 2020. 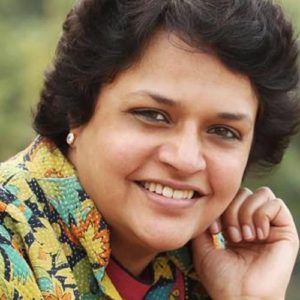 Pia Benegal has been a Costume Designer & Stylist for over two decades. She has been designing for both film, television and theatre. Some of the notable films for which she has designed costumes are prize winning films such as ’5 Rupiya’, ‘Aligarh’, ‘Zubeidaa’, ‘Sardari Begum’, ‘Bose the Forgotten Hero’, ‘Mammo’, ‘Welcome to Sajjanpur’, ‘Dil Se’, ‘Well Done Abba’, ‘ English August’, ‘Suraj Ka Satwan Ghoda’, ‘Hari Bhari’, ’ Drohkaal’, ‘Bombay Boys’ etc. Her television work consists of designing costumes for the 10 part television series on the making of the Indian Constitution ‘Samvidhaan’, ‘Siyaasat’
and other serials. She worked on a docu-drama ‘Jang-E-Azadi’ which is showing at the Jang-E-Azadi museum in Kartarpur, Punjab. She worked on the play ‘Gauhar’ which has been seen across India and abroad.

Pia is a keen photographer and has also done the still photographs for two short films, ‘Re-Bell’ and ‘R.I.P(Rastor Image Processor)’. Her interest in photography started initially as a hobby but she gradually became more
serious and is thinking of taking it up as a career. She is a keen traveler and loves discovering new places, loves nature and animals, likes good food, enjoys eclectic tastes in music and has a free spirit. Pia was a jury member of the Kashish Film Festival in 2013 and has joined the Laadli family as a jury member for both the Film Awards as well as the Book Awards in 2018.

She has been part of the Lifft India Filmotsav-World Cine Fest jury panel for the years 2017 and 2018.